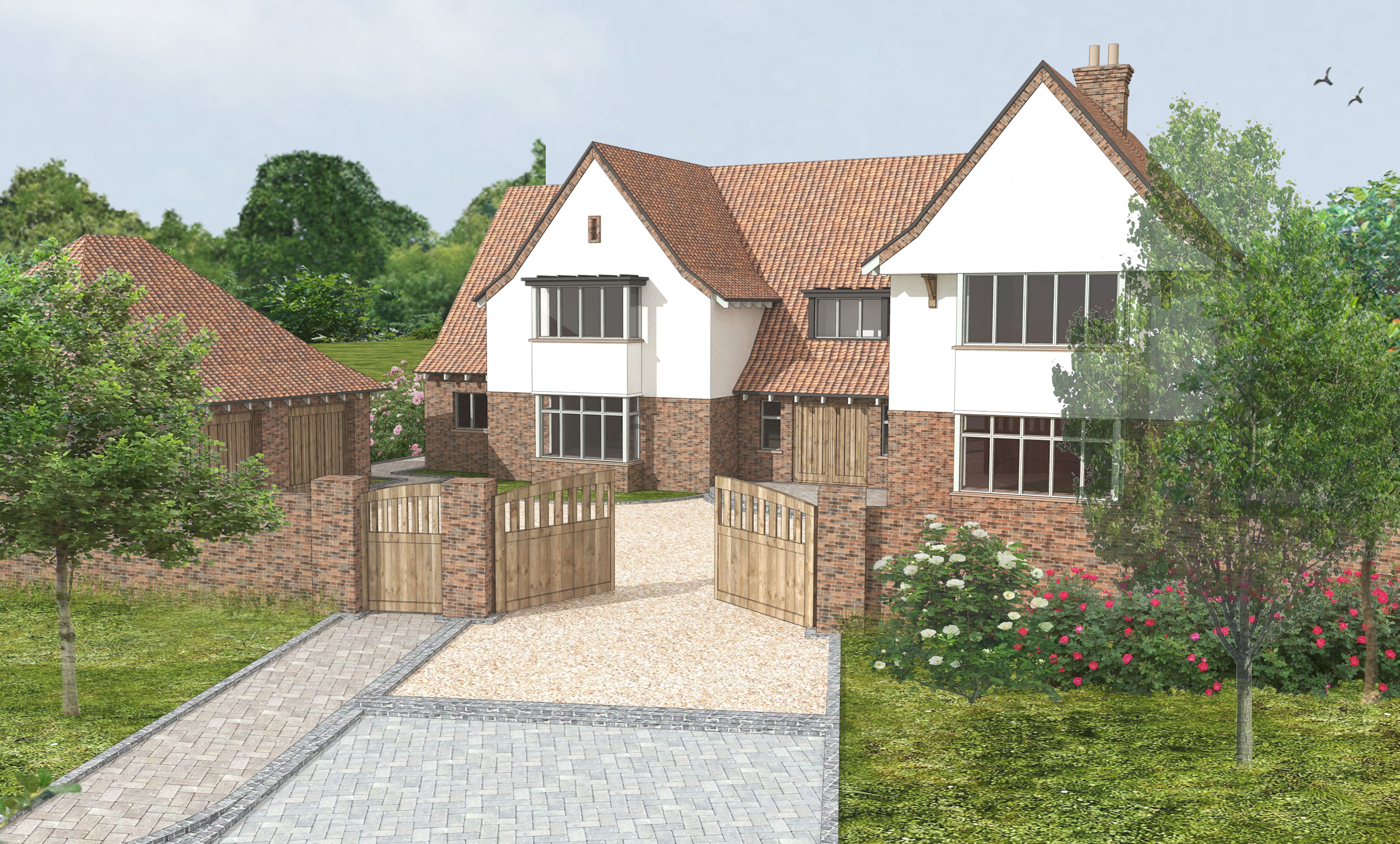 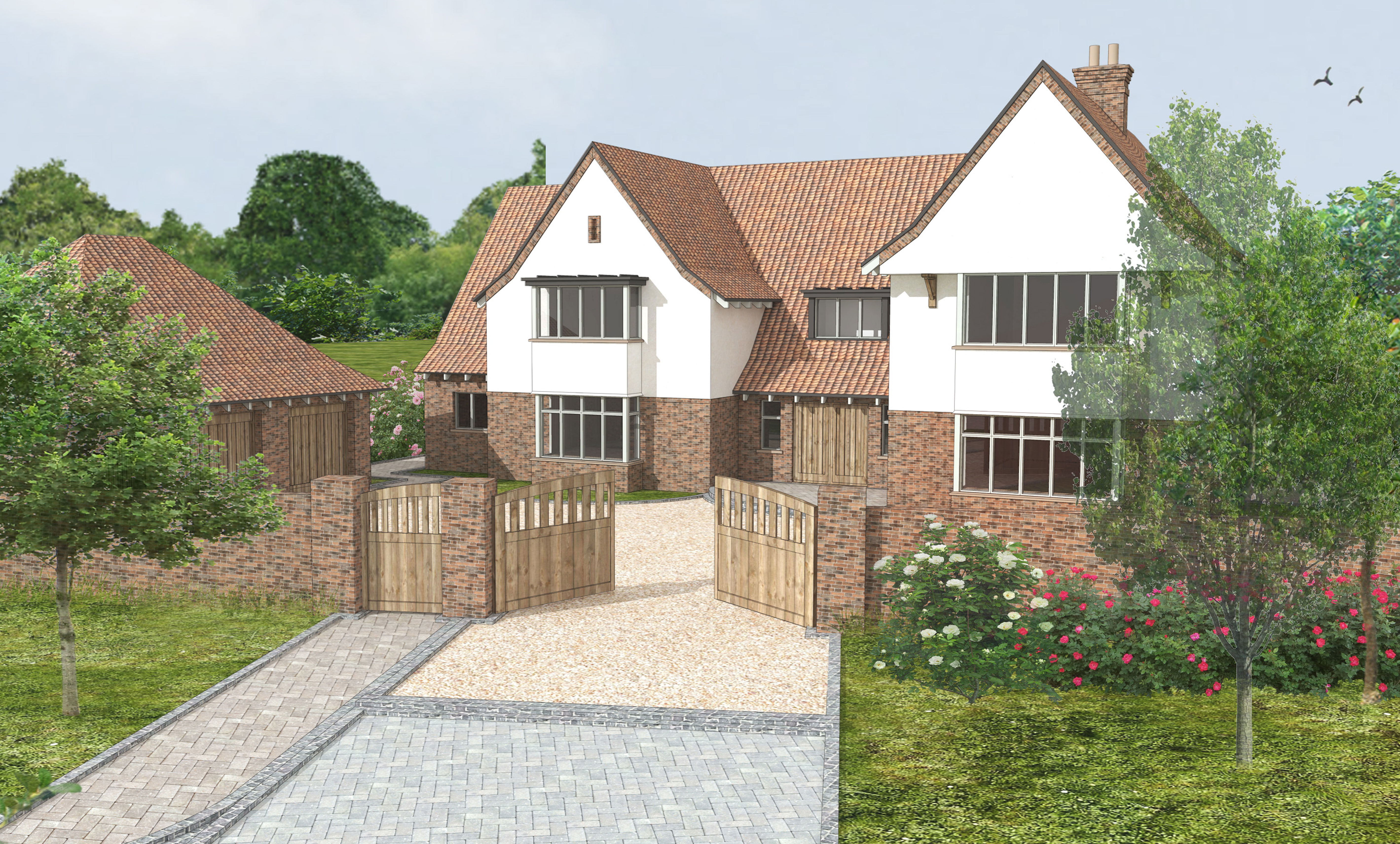 The houses are designed in an informal traditional vernacular drawing upon the Arts and Crafts movement of the late 19th Century. It is an approach that has been successfully used previously on sites in Uttlesford and around the Cambridge area. The houses are deliberately unostentatious yet have a strong, handsome presence. The Arts and Crafts movement has influenced a few housing developments in recent years but it is the applicant's belief that this is only particularly successful if particular attention is given to the detailed design.

The design approach lends itself to an informal, asymmetrical form with the functions of the various rooms of the building expressing themselves appropriately on the elevations. The new dwellings have therefore been carefully designed to ensure that they relate and are subservient in scale of the established locality being 1½-2 storeys in height with varying eaves and ridge heights.

Our design concentrates on the predominant built form in the locale, as well as focusing on the immediate location of the site: being between buildings of varying styles to the wider locality and village. This ensures the building do not detract from the area but provide appropriate contextual adhesion. We have chosen to use the local material palette, as well as carefully considering form and massing in order to site the building harmoniously within its context.The proposal is in-keeping with the neighbouring properties whilst maintaining autonomy; announcing itself as a site that brings interest and differentiation to the streetscape. We believe the design approach has been thoughtfully designed and carefully delivered in order to provide a positive enhancement to the street and surrounding context.