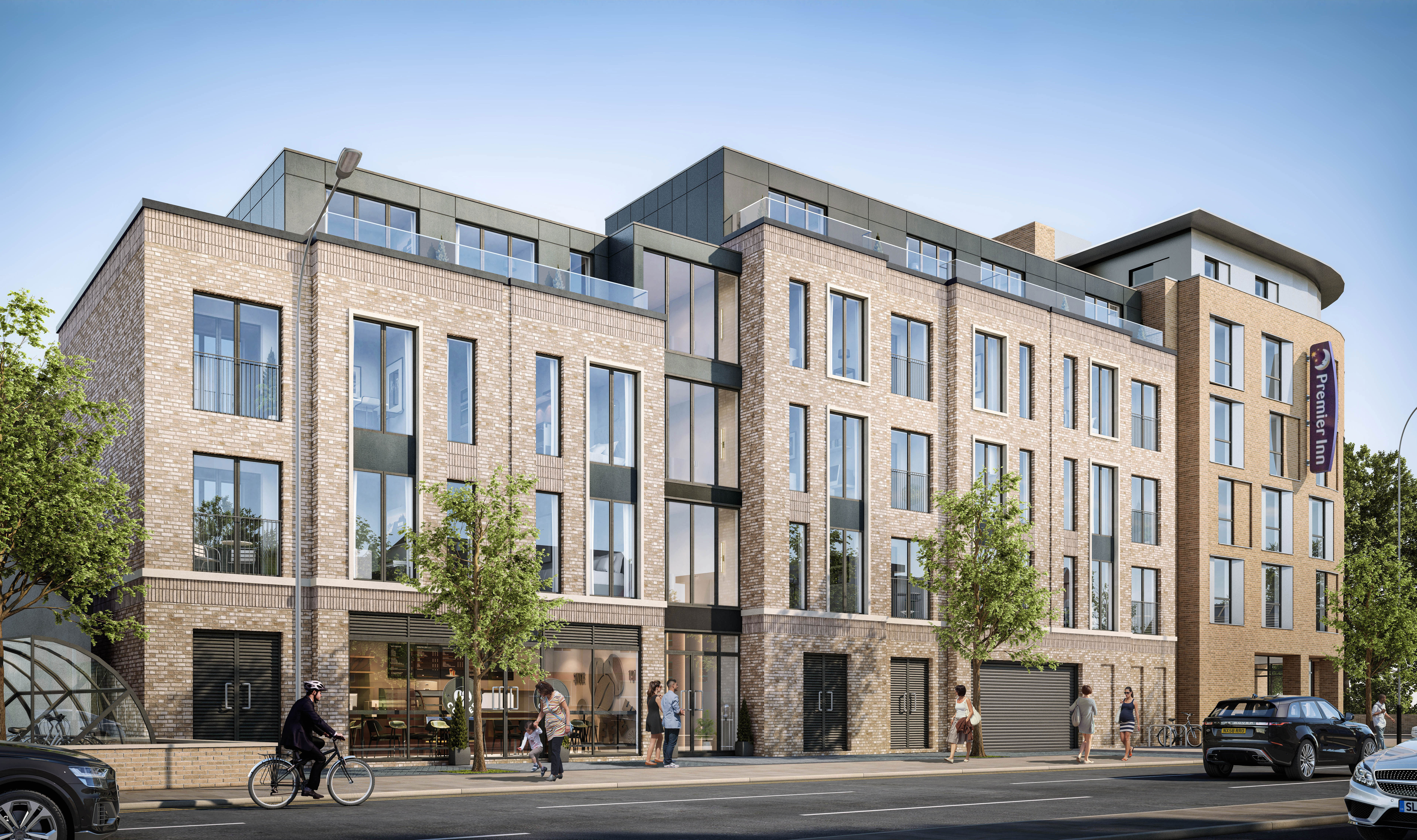 We were approached by a local developer to redevelop an existing sing storey commercial unit into a mixed use residential/ commercial scheme one of Cambridge’s main roads. We undertook very positive pre-application discussions prior to submission with the Local Authority indicating their support for the design philosophy and its regard to the Council’s Eastern Gate Supplementary Planning Guidance.

The Eastern Gate SPD specifically referred to characteristics that define this part of Newmarket Road; the reinforcement of a vertical rhythm by the narrow plot widths and arrangement of windows; chimney are also used to puncture and create a varied roofscape; and retail units creating a clearly expressed ground floor which were all considered at an early design stage.

We were inspired by the local context and recent trend of development in the area and the building’s elevations reference the rhythm and finishes of the Victorian houses found in the Conservation Area. High-quality brick and stone detailing to integrate the new development seamlessly with the surrounding vernacular is proposed and it is considered the high specification of the proposal will provide a unique and positive built form contributing to the council’s goals in the regeneration of the area.