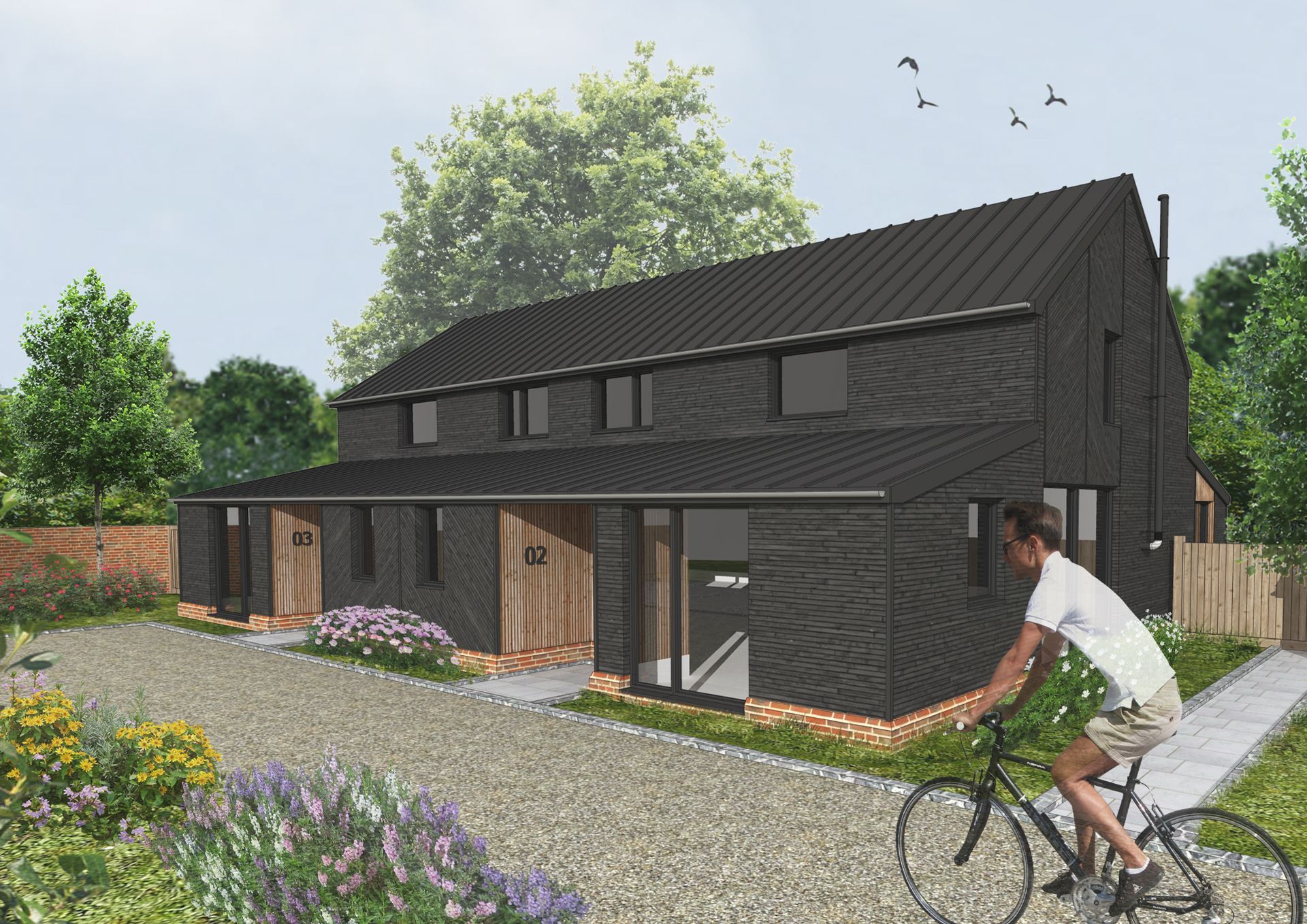 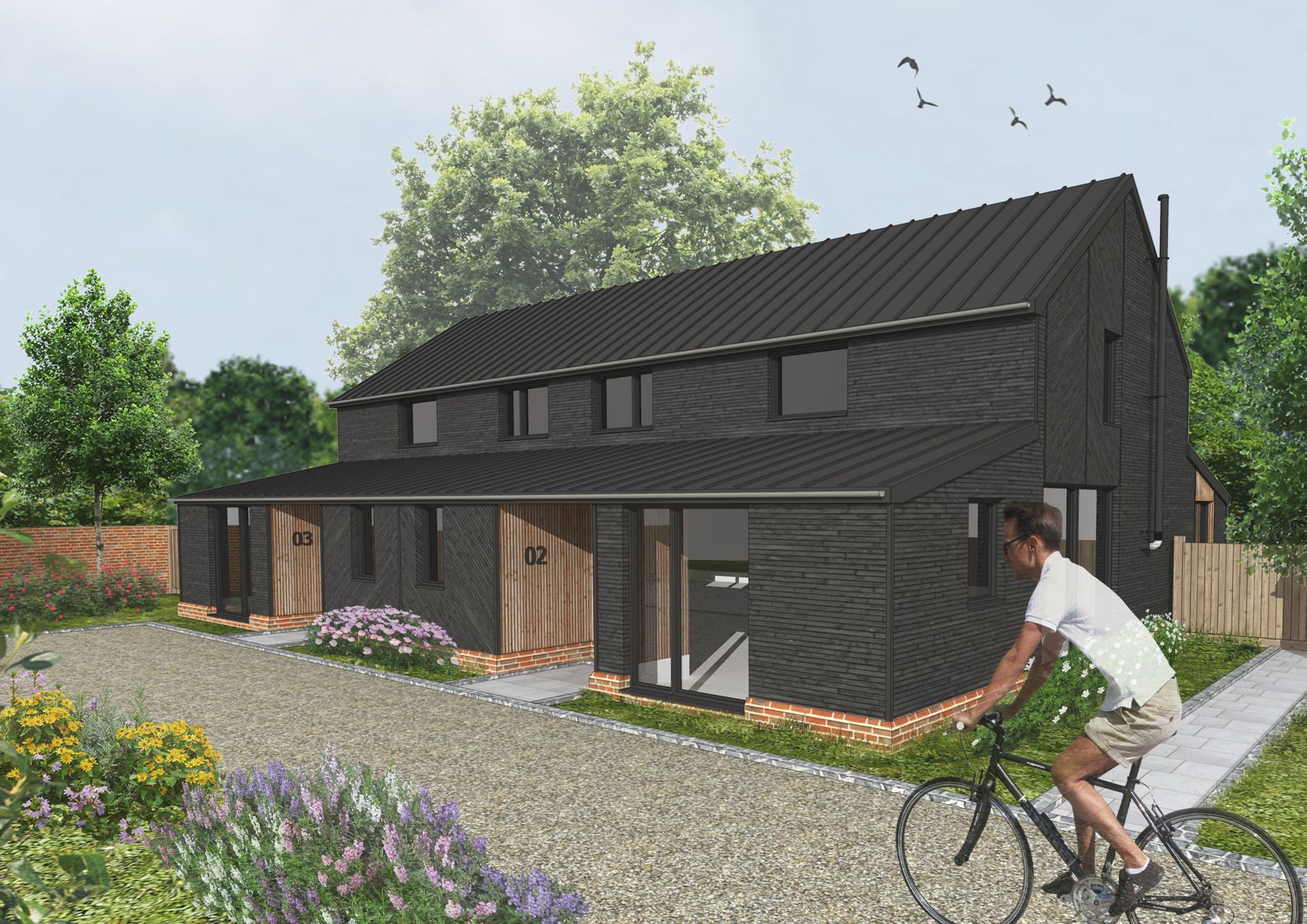 This project represented the conversion of a timber framed barn and chitting shed on a former farmstead in Meldreth. The proposed scheme includes a detached house and pair of semi-detached dwellings which planning was granted under Class Q of the General Permitted Development Order for a local developer.

The buildings are set to the rear of Fenny Lane Farmhouse, located surrounding the garden area of the former farmhouse and forming a clustered agricultural complex, with a number of larger buildings to the north.

The units have been designed to complement the character of the area and its neighbouring properties in order to provide a positively built conversion. The proposal has been kept to the scale, massing and density of the existing barns whilst providing a high-quality scheme within the area. At an early design stage, it was determined that the development should be of the highest quality to remain in-keeping with the surrounding area.

The site has been developed with a landscape–led approach. As a result, a strong landscape structure is integral to the design. Existing landscape features are incorporated into the design where possible, and new landscape structures introduced.  Native planting will be used to enhance the edges of the site and to create a strong boundary framework in which the development can comfortably be integrated. Trees used within the development will be predominantly native species or cultivars of native species, with occasional use of exotic species to add variety and interest.

Restoration works included significant repair of the oak frame using traditional jointing and detailing. Existing materials have been incorporated within the barn and retained as much as possible. Carefully selected reclaimed slate tiles have been blended with the original tiles where they could be salvaged.