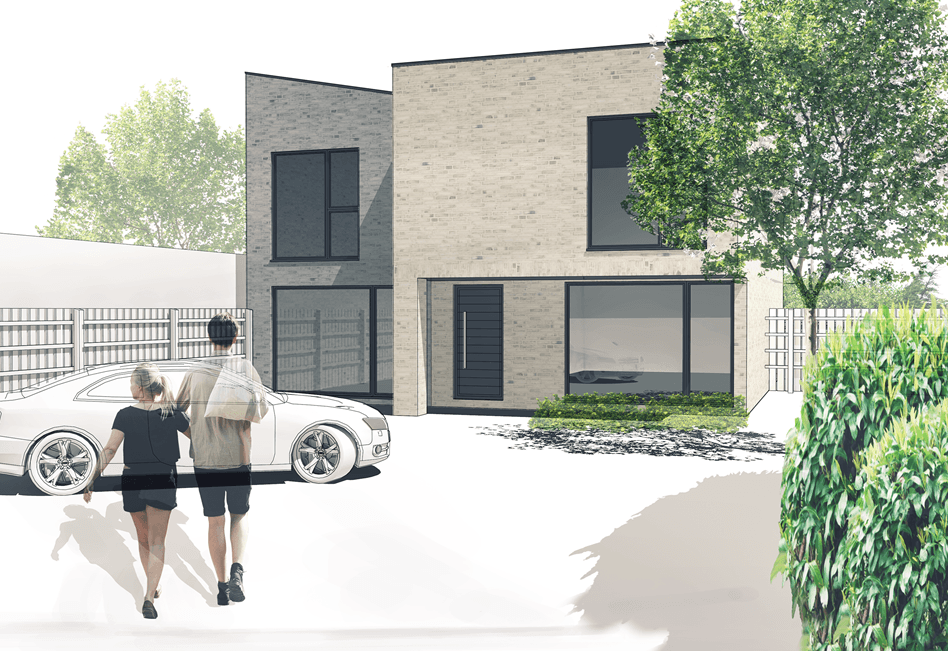 We were commissioned to design and deliver four one-bed flats to the rear of an existing development at 454 Milton Road, Cambridge.

Planning Officers were initially resistant to the development, citing concerns over the impact on neighbouring amenities. However, by carefully considering the topography of the site we were able to demonstrate that no overlooking or overshadowing of the neighbouring properties would occur.

It was established early in the design process that there is not a typical trend in this area. As such, rather than attempting to mimic the semi-detached properties further down Milton Road, it was felt that a contemporary approach was more appropriate.

This enabled us to design a simple yet modest block which we believe is appropriate for this scale of development in this location. The front façade of the terrace is built in an alternating brick pattern, common to the local vernacular, tying this contemporary building into its local context.