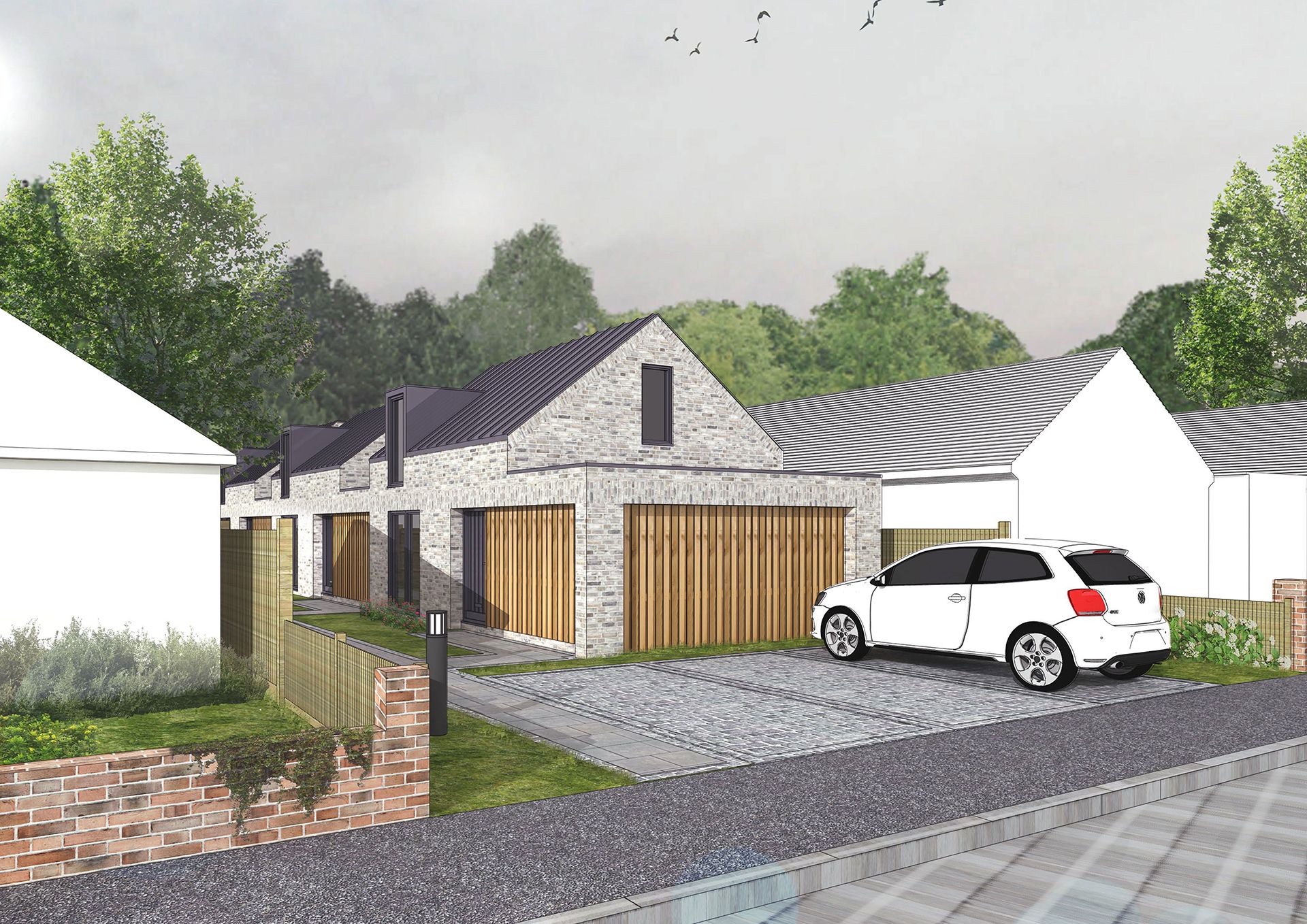 We were commissioned to design and deliver four one-bed dwellings on a tight and constrained site following the demolition of an existing bungalow. The building, which consisted of a number of sub-dividing sections, had stood derelict and in a state of disrepair for a number of years and was considered an anomaly on a rather well-maintained street within the City. Internally the bungalow was near severe collapse with several instances of temporary timber buttressing to provide support.

As part of the design ethos, we took the basic components of the existing property and proposed a new layout with a modern, floating, intervening roof structure to enhance the sites appearance and respecting neighbouring amenity areas.

All the dwellings are carefully designed to ensure that they sit within the established scale of the locality being 1- 1½ storeys in height. This scheme maintains the active frontage onto Thirleby Close and provides a pedestrian access along the eastern boundary to the rear units. Each dwelling is provided with a formal front garden which provides additional privacy and a small amenity area for occupants.

Thee approved scheme will provide an architectural enhancement to the area with the use of quality materials such as natural zinc and soft buff bricks, which are exposed internally. Light filled interiors have been created through a double height void, allowing open plan areas to extend from ground floor kitchens up to first floor living rooms.