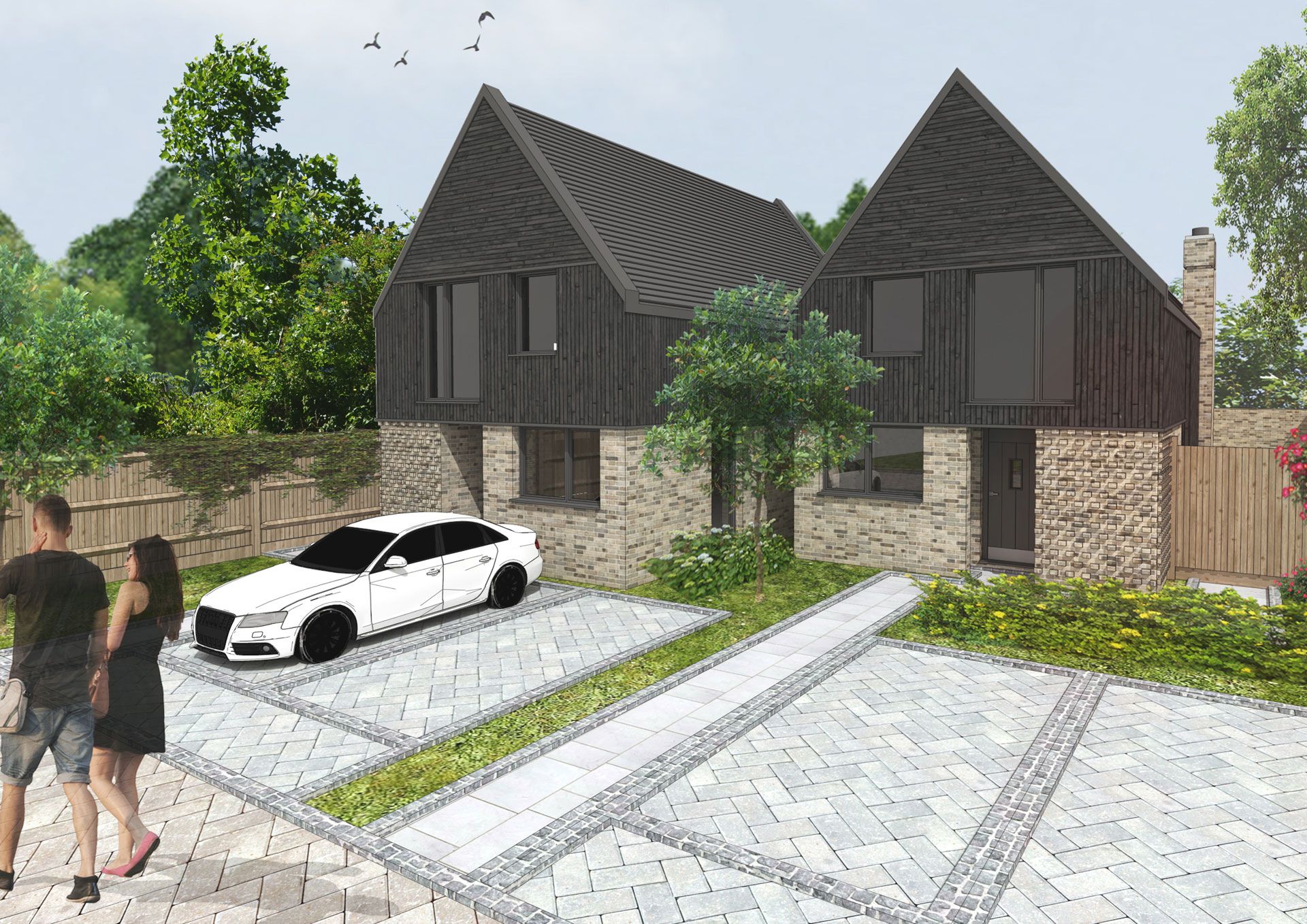 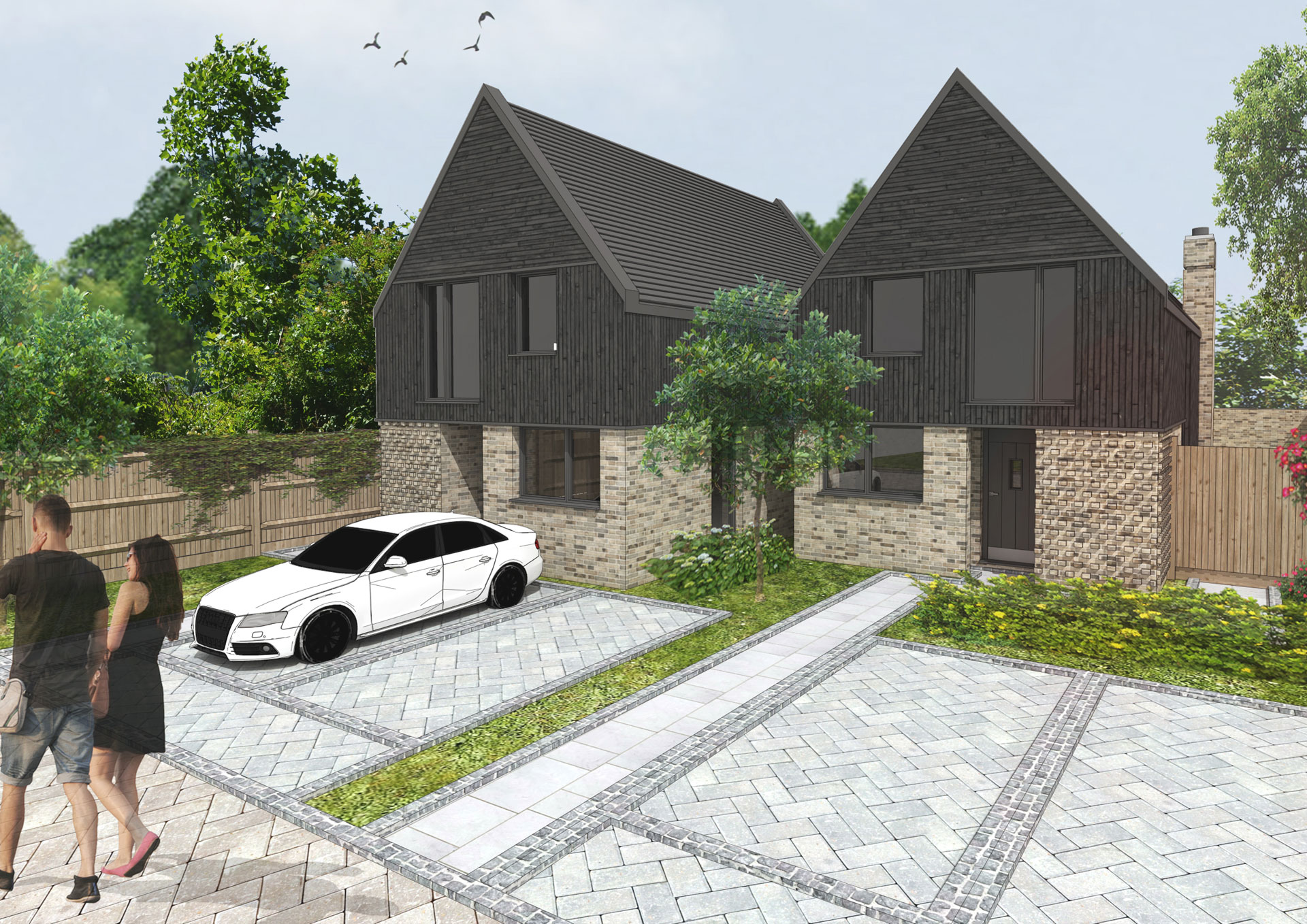 Twenty-Nine Architecture were approached by a local developer to maximise a backland site at the rear of High Street. Following an initial appraisal of the site we determined that the site could accommodate an efficient layout to provide two detached 3 bedroom family homes and retention of the existing house.

Planning was submitted in May of 2021 to South Cambridgeshire District Council with the development designed to reflect the character of the area and its neighbouring properties to provide a positive built form on a windfall site.

The proposal makes reference to the local character in terms of scale, massing and density to provide a high quality scheme within the area that suits modern living needs. The layout has been greatly determined by the sites’ orientation, relation to the neighbouring properties and character of the area.

In terms of design, the proposed units pick up on the simple vernacular housing typologiess along the street.  Although a traditional approach could have been adopted for the units, we were keen to commission a “contemporary” design which would reflect the houses along the street.