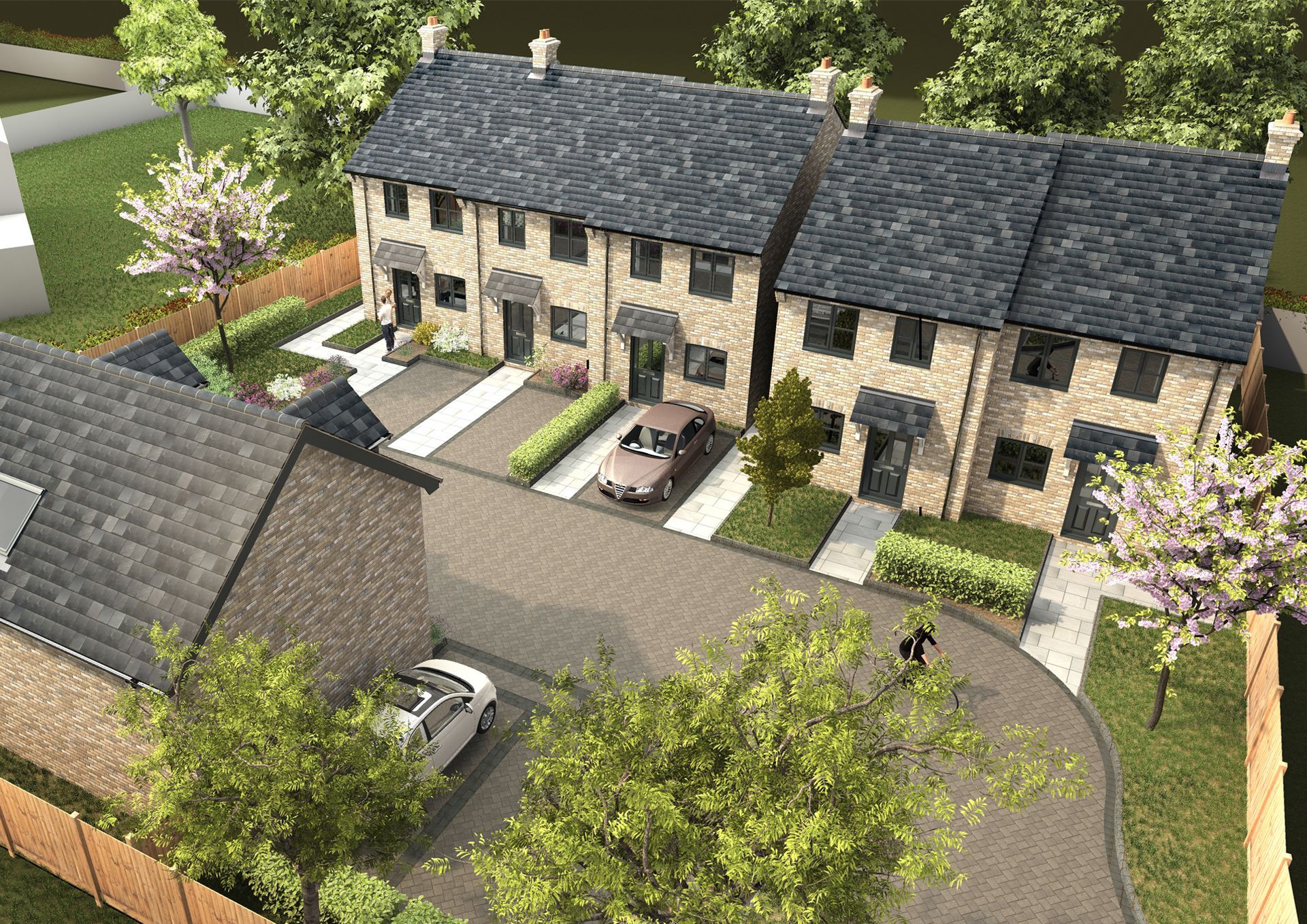 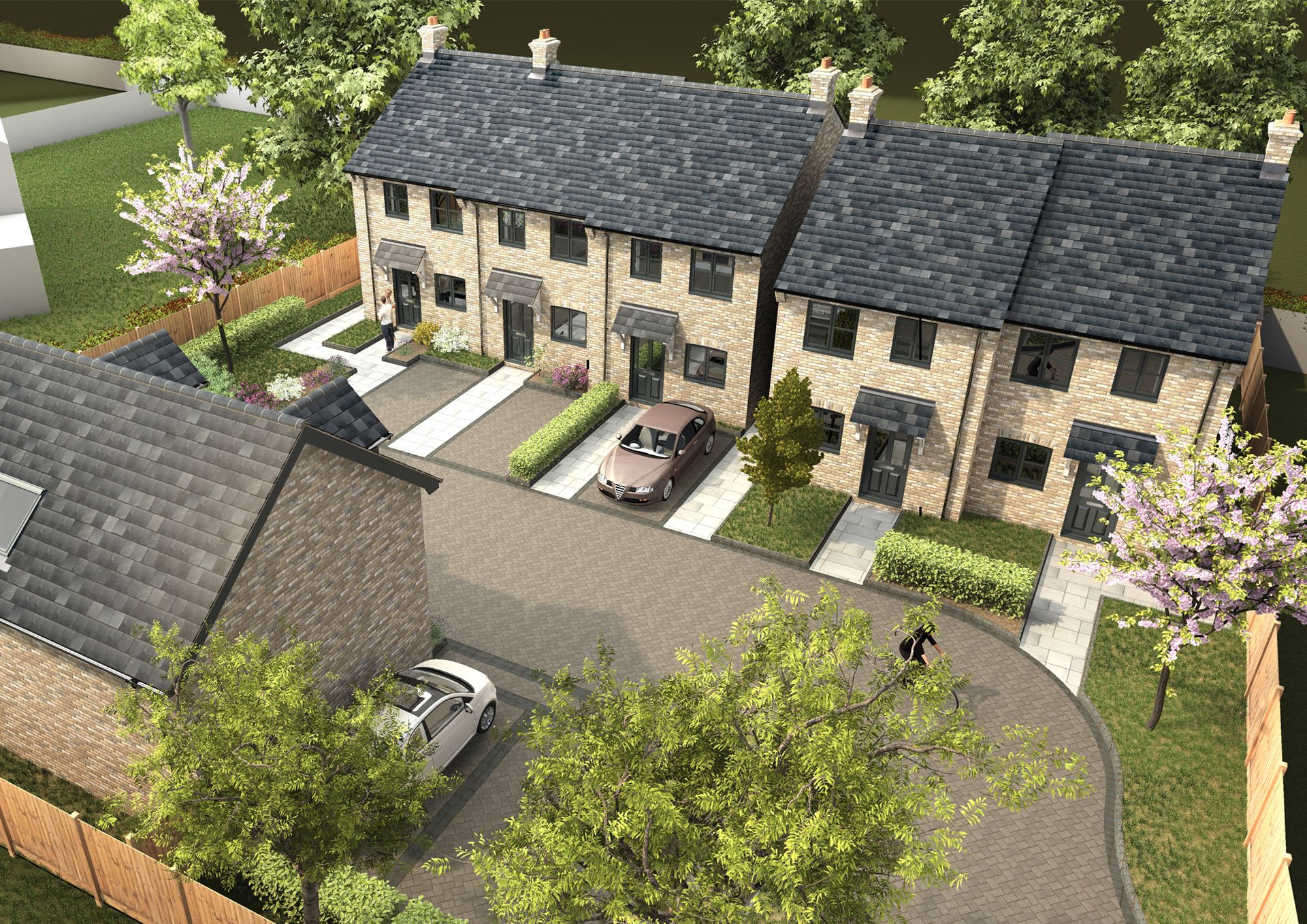 Blues Property Ltd approached us with this site which had outline consent for three dwellings which sits on the north west side of Macaulay Avenue. The existing site comprised of 23 garage court originally built to provide garage accommodation and parking for the surrounding houses with many of the garages unused or derelict.

The site is one of a series of garage sites which were owned by South Cambridgeshire District Council (SCDC) and proposed to be developed as part of the ‘Right to Build Vanguard Scheme’. The scheme was subsequently marketed and unable to be sold as individual self-build plots given the complexities with shared access and service arrangements and the potential owners obligations.

Following discussions with the developer and council, it was determined to bring the site forward as more affordably sized Custom Build Housing and as such the scheme was redesigned to accommodate 6No. two bedroom dwellings with associated parking. The general layout and massing was agreed previously in the outline application and the new proposals discussed and amended following a pre-application meeting.

A range of terrace, semi-detached and detached properties are proposed to meet a variety of housing needs and reflect the character of the area. The dwellings would be one and a half to two storeys and proposed materials would be brickwork under a concrete plain tiled roof to compliment the surrounding area.

The scheme was completed in 2020 with the units sold using the Local Authorities Custom Build Vanguard Scheme which provided local residents looking to purchase a new home and alternative route than standard open market housing.